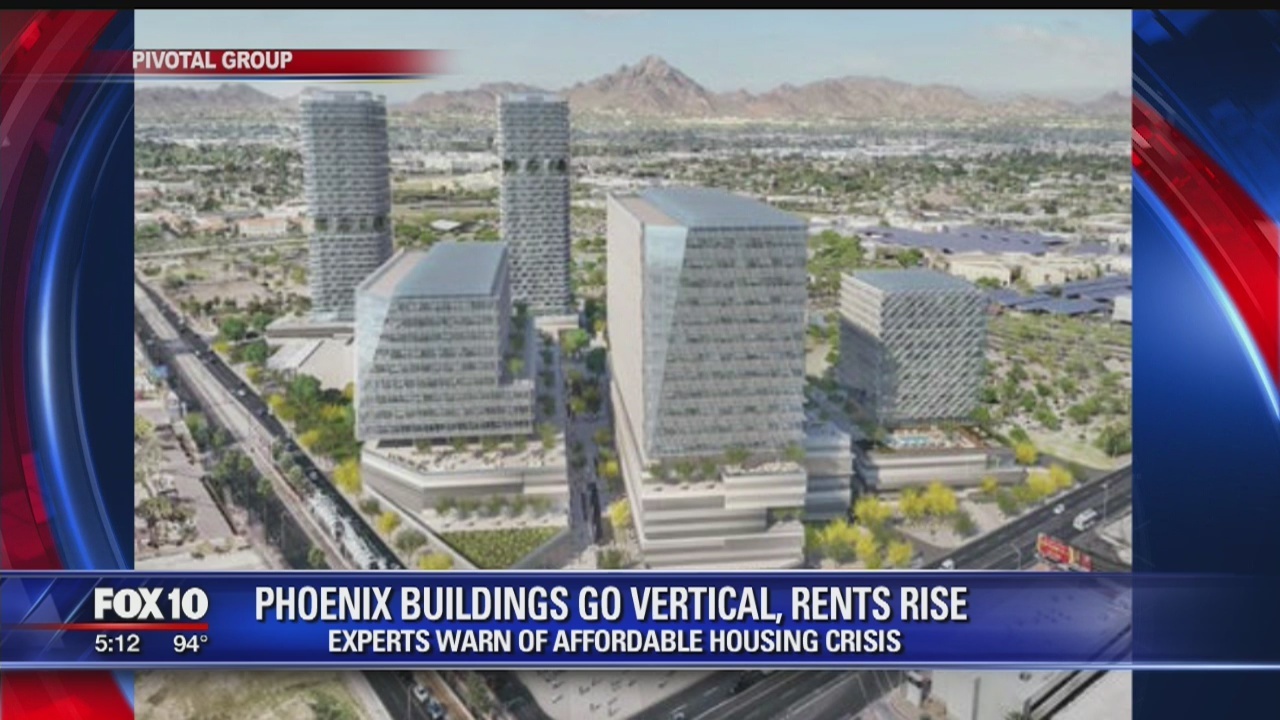 Many new high-rises have changed the Phoenix skyline over the years, and there are even more in the works.

As developers continue to build up, however, many people are seeing their rent go up as well.

According to a recent study by Yardi, rents rose nearly 7% in the last year in Phoenix, nearly double the national rate. In the last year, Phoenix city officials say nearly two dozen high-rise projects have been completed or under construction.

In Phoenix, vacant, flat, dirt lots are quickly transforming into brand-new towers, as the city's economy continues to add thousands of jobs every year. The growth, however, is sobering for some.

"What it seems like they're forgetting are people who already live here," said Camaron Stevenson with the Arizona Housing Coalition.

Many families can no longer afford to live in their Phoenix neighborhood. Stevenson and his young family moved out of the Steele Indian School Park area because of the vertical trend.

"There were some high rise apartments built up across the street and our rent went up, so we got priced out of the neighborhood. We had to leave," said Stevenson.

The current proposal for that area is a $1 billion project called Central Park, which could include six towers, a hotel, homes, retail and office spaces. Meanwhile, the developer who purchased one particular piece of land in Downtown Phoenix is looking at rising above the rest by building a 550-foot tower.

The new developments are out of reach for many Phoenix families, with advertised rent starting at around $1,400 for a studio or a one-bedroom.

"We have one of the largest gaps in affordable housing versus people who need it in the country, and if we continue at this pace, we're going to see a rise in homelessness," said Stevenson. "All the downfalls in the 2008 recession, we're going to see that come right back at us."

Sonny in Arizona Can Help!

In such a competitive market, it's important to have the most updated information at your fingertips and the most experienced Realtor® at your side. I work with rental clients all the time to find them a perfect home! Contact Sonny today or call (623) 824-4275. Let me help you get that house!